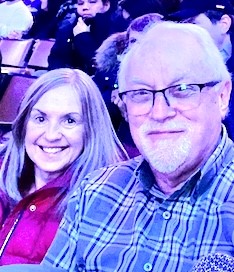 Terry and Debbie Stenton are WHMA’s first husband and wife team to enter our Hall of Builders. Between the two — Terry and Deb have enjoyed a long-standing career in the wire harness industry — nearly 70 years. This has included roles in production assembly, team lead, quoting and purchasing for Deb. Terry’s roles have included design and fixture assembly, program management, engineering and account management.

Both Terry and Deb were active leaders in a number of wire harness companies throughout their careers including St. Clair Technologies, E.D. Products Limited, CTI Industries and eventually Amphenol CTI where, as of 2022, they have announced their retirements.

Terry and Deb’s service and dedication to their chosen trade have earned them the deepest respect from all of their peers and highest level of gratitude from all of work colleagues. WHMA/IPC is proud to recognize Terry and Deb Stenton as two of our industries’ heroes and champions for their long-standing body of work, their many accomplishments, and dedication to the wire harness industry.