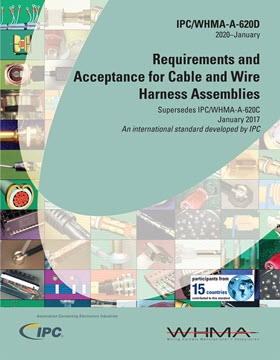 “Four years after this last revision, IPC and WHMA recently published revision D of their popular A-620 standard for cable and wire harness assembly.”

Rulebooks are multifaceted things. On the one hand, they are intentionally restrictive to ensure the proper order of performing one or more activities. On the other hand, they eventually evolve to address new and better ways of doing something.

The same can be said of standards created by industry trade associations. A good example is the A-620 standard developed jointly by the Wiring Harness Manufacturers Association (WHMA) and IPC.

“The A-620 is a very important rulebook for us and our customers to follow,” says Rick Bromm, president of ALTEX Inc., a manufacturer of wire and cable harnesses since 1998. “Above all, it serves as a global standard that can eliminate the ‘us vs. them’ debate between customers and manufacturers over how to build a harness using best practices, and at a level of consistent quality.”

Since its debut in January 2002, the A-620 standard has become the most important process, materials and inspection document in the industry. As a result, it has been updated four times to better meet the needs of cable and wire harness manufacturers.

The most recent version, called A-620D, was released in January 2020. A Space Addendum was released in September 2020. This latter document ensures the performance of cable and wire harness assemblies that must survive the vibration and thermal cyclic environments, getting to and operating in space.

“The standard is updated every three years,” notes Teresa Rowe, senior director for assembly and standards technology at IPC. “We find that as technology changes, the standard needs to keep up. That can only be done through periodic updates to the document.” 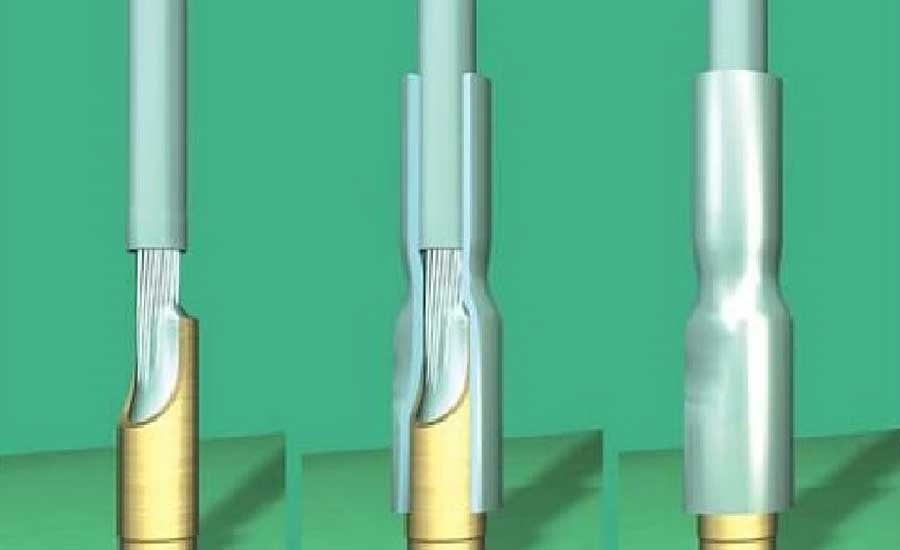 Section 4.6 of the A-620 standard provides a detailed explanation of how insulation sleeving should be applied to a wire within a harness.

Rowe says version D features many changes. However, she points to four revisions that are most important.

Another key change is the introduction of definitions for engineering documentation and solder depression. A-620D also introduces new criteria for stamped and formed (i.e., closed barrel) cutoff tabs, as well as overmolding of flexible flat ribbon.

The fourth key change is updates to the requirements for installing hardware such as threaded fasteners and solderless wrap. Where applicable, text and graphics have been cleaned up throughout the standard to improve process clarity.

As in past versions, the A-620D covers harnesses for Class 1, 2 and 3 electronic products. Class 1 (general) products, according to Rowe, are those suitable for applications where the major requirement is the function of the completed assembly. These include everyday consumer appliances.

Class 2 (dedicated service) products are those where continued performance and extended life are required, and for which uninterrupted service is desired but not critical. Examples include TVs, game systems, home computing and telephones.

Products categorized Class 3 (high performance or harsh environment) include those where continued performance or performance-on-demand is critical, equipment downtime cannot be tolerated, the end-use environment may be uncommonly harsh, and the equipment must function when required, such as life support systems and other critical systems. These products are often medical devices or military equipment.

Revision D features more than 700 full-color pictures and illustrations, and it is 420 pages long. More importantly, notes Rowe, the standard synergizes many of its requirements with those in other industry standards, such as IPC-A-610 Acceptability of Electronic Assemblies and IPC-J-STD-001 Requirements for Soldered Electrical and Electronic Assemblies.

The standard can be purchased digitally, in print form or on CD-ROM, from IPC’s bookstore and distributors worldwide. It costs up to $246, depending on the version. IPC also publishes a redline document showing the changes between the previous and new revisions in a side-by-side view. 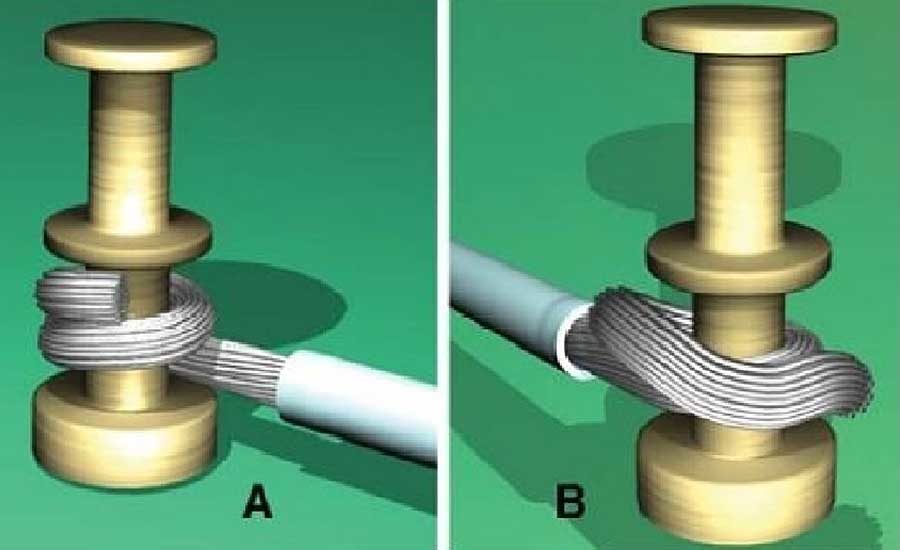 Proper terminal wire wrapping is covered in section 4.8 of the A-620D standard.

“The IPC task group (7-31fs) works hard to make certain that the assemblers have the requirements they need to ensure that their products meet their customer’s needs,” explains Rowe. “This facilitates the conversation between the manufacturer and end user, as they are both working toward a common goal.”

“When someone finds one of these situations, they are encouraged to provide the information to the task group for possible inclusion in the next revision,” says Rowe. “It’s important to remember that we may think we are alone with a problem or a new technology when, in fact, others are in the same situation. Only through this sharing can change be made and new technologies and information added to the standard.”

The IPC does not maintain data on the number of harness manufacturers that implement IPC/WHMA-A-620. Rowe says the organization recognizes that some companies use the document through contractual requirements, while others implement it as best practices.

“The industry is an ever-changing landscape, and we are encouraged by the number of volunteers who come forward to participate in the revision activity for the standard and training materials,” adds Rowe. “We see increased interest in the standard’s content, and we receive hundreds of recommendations for improvements to the standard.”

Bromm says he provides copies of the latest version of the A-620 standard to several of the company’s best customers for them to give to their engineers. Doing so helps both parties troubleshoot any disputes that may arise regarding harness materials or assembly processes.

“Sometimes our customer’s engineers think they know everything about how to build a specific type of harness,” notes Parker Garrett, owner and general manager of EMSCO. “They are firm in wanting something done a certain way, such as crimping the plastic insulation all the way to the wire-crimp area of a terminal. The A-620 easily resolves the issue by clarifying that our position on the issue matches the industry standard.”

All harness assemblers at EMSCO are certified to A-620, according to Garrett. He acknowledges that the training isn’t cheap—$600 to $1,000 per worker for a five-day course—but is worth it.

The IPC certification program for A-620D is underway, with the IPC and WHMA offering two training courses: Wire Harness Assembly for Operators (WHO) and WHMA/IPC 620 for Operators. The WHO course provides instruction on job-specific skills and knowledge. It is available in English and Spanish. The latter course builds on that knowledge to help operators proficiently use the IPC-620 standards document.

As for end-users of harnesses, Rob Boyd, senior product manager at Schleuniger Inc., says the A-620 standard enables them to get uniform bids on the building of their harnesses. Harness makers of various sizes and specialties may provide the prospective customer with vastly different cost quotes for a project. But, the A-620 standard helps the customer make a true apples-to-apples comparison before making a final decision.

Looking ahead, the IPC task group is already working on Revision E, according to Rowe. The group is actively looking at the use of conductor and wire, as well as X-ray and ultrasonic welding. It is also considering updating some graphics and addressing questions to clarify content.

“The Task Group is supported by an action team (A-Team) that triages every comment and two active international working groups,” points out Rowe. “Volunteers have also put countless hours into this document, with the user-community providing new ideas and suggestions as well.

“The pandemic did not slow down the Task Group, as it had industry comment deferred from the previous revision efforts,” concludes Rowe. “This is a positive from a very negative situation.”

This article was written by Jim Camillo and published in Assembly Magazine.