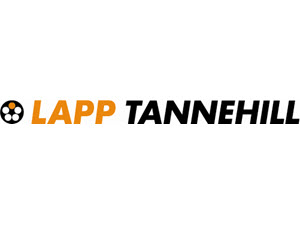 Single-Pair Ethernet is the end-to-end industrial Ethernet technology that is taking over legacy Fieldbus networks and Traditional Ethernet and paving a way for Industry 4.0, the Industrial Internet of Things (IIoT), and Smart Manufacturing. See how SPE was introduced to the market and why it’s surpassing other Industrial Communication solutions.

The History of Ethernet-Based Communication

The very first Ethernet system used a thick coaxial cable to attach one computer to another. The cable transmitted and received data, allowing the attached devices the ability to communicate with one another.

This single invention disrupted the entire industrial communication industry as we know it today.

Original Drawing of the Ethernet system by Robert Metcalfe.

Ethernet is a system used for connecting computers using hardware to and from multiple machines. Its original patent describes it as a ‘multipoint data communication systems with collision detection’.

Conventional Ethernet was focused on helping systems connect and communicate better with one another through the use of cable technology and became known as the standard business network used mostly in corporate office settings.

Metcalfe worked with Xerox to lift the patent on Ethernet so that other companies could also use the technology. It was eventually accepted by the International Electrical and Electronic Engineers (IEEE) for worldwide use as a set of rules for common network language.

Shortly after Ethernet was introduced there was increased use in electrical automation technology which led to the creation of Fieldbus technology in the 1980’s. Fieldbus network technology became another commonly used industrial network system for communication and eventually dominated the process control and industrial automation industries.

The initial design intents of Ethernet and Fieldbus are entirely different; Ethernet focusing on high-speed communications via its data-packet handling, while Fieldbus was designed to focus on real-time distributed control.

As time has passed and both technologies have developed, the growth of Ethernet outpaced that of Fieldbus in the industrial space and is expected to continue.

Though commercial Ethernet had been gaining popularity since the 70’s, it wasn’t until the early 2000’s that Industrial Ethernet cables, switches, and connectors emerged in the market with the ability to withstand environmental factors in industrial settings.

Single Pair Ethernet (SPE), a type of Industrial Ethernet, was introduced in 2010’s and is characterized for having just a single pair of twisted copper wire rather than the typical Multi Pair Ethernet (MPE) which has two or four pairs of wires.

Why was Fieldbus more popular than Ethernet for the longest time?

Fieldbus technologies such as Profibus, Modbus, CAN bus, and Foundation Fieldbus (FF) are widely used in discrete manufacturing and factory automation where a two-wire, twisted-pair field level network can be installed in hazardous areas, whereas commercial Ethernet cables are often not sufficiently robust for such conditions; lacking EMI protection and a rugged jacket.

By the time this technology emerged, many facilities had already invested in and implemented Fieldbus systems that worked ‘well enough’, so for years there was no need to switch to a different solution.

However, now that industrial communication technology has advanced and Single Pair Ethernet has been introduced and standardized in the market, there is a higher demand for solutions that will adapt to long-term smart manufacturing strategies.

The market shows that Fieldbus technology is not going away; many facilities will continue using the older, legacy Fieldbus networks because of a comfort level with existing systems.

The continued use of Fieldbus technologies goes beyond servicing the installed base.

There are definitely situations where Fieldbus is the better choice over Ethernet – traditionally more economical, longer cable runs without repeaters/switches, less sensitive to EMI/RFI, more physically robust components such as connectors, etc.

Today, all Operational Technology (OT) is made up of Industrial Ethernet and Fieldbus networks as well as wireless technologies such as WLAN (WiFi), Bluetooth, GPS, and television and radio broadcasting.

The largest Industrial Ethernet network in the world is EtherNet/IP followed by other PROFINET, EtherCAT, POWERLINK, and Modbus-TCP. The largest Fieldbuses in the global market are PROFIBUS, CC-Link, and Modbus-RTU.

Fieldbus technologies are steadily declining with a noticeable annual -5% in 2019 – making way for a 20% growth in industrial Ethernet in 2020.

A historical timeline portrayal of Industrial Network Market Shares from 2014-2021 according to HMS Networks studies.

In 2019, Industrial Ethernet accounted for 59 percent of the market, while legacy fieldbus networks made up 35 percent, and wireless 6 percent. It was reported in 2020 that Industrial Ethernet is now in the lead with 64%, followed by Fieldbus at 30%, and Wireless and 6%.

Read more about ‘Where Next for Ethernet’ – an article originally written by Bernd Müller from LAPP.

Despite the COVID-19 pandemic, HMS Networks still expects the total industrial network market to grow by 6% in 2021. It’s also expected that the next study will report Industrial Ethernet, Fieldbus, and Wireless networks to be at 65%, 28%, and 7% respectively.

So, in short, Industrial Ethernet is now dominating the market.

“Industrial network connectivity for devices and machines is key to obtain smart and sustainable manufacturing, and this is the main driver for the growth we see in the industrial networking market,” says Anders Hansson, Chief Marketing Officer at HMS Networks. “Factories are constantly working to optimize productivity, sustainability, quality, flexibility and security. Solid industrial networking is key to achieving these objectives.”

Here’s a quick read on how ‘Industrial Ethernet Market Continues Rapid Growth Through 2026’.

Ethernet is a dynamic technology that changes and improves over time. The newest innovation in the Ethernet space is called ‘Single Pair Ethernet’.

Before SPE was introduced, isolated networks were the norm. Fieldbus was typically used in manufacturing settings and commercial-grade Ethernet was used in office settings.

Single-Pair Ethernet opens up the possibility for one network protocol satisfying the requirements that Multi Pair Ethernet and Fieldbus historically fulfilled.

SPE saves space and weight, maximizes flexibility, and generates even more data flow than traditional Ethernet cables – making it the perfect replacement for outdated Ethernet or Fieldbus cables or the perfect solution for newer facilities to implement the newest cable technology on the market.

A number of leaders in the cable solutions industry are not only working to provide SPE cable products – but also the infrastructure to support it which includes connectors, switches, I/O modules, adapters for analog devices, cordsets, and more.

So what are the advantages of transitioning from traditional Fieldbus and Multi Pair Ethernet to Single Pair Ethernet? SPE has:

The industries and applications where SPE is thriving in include Automotive, Process, Industrial Automation, Transportation, Advanced Manufacturing, and Robotics.

In November of 2019, the IEEE approved a new standard for Single Pair Ethernet Protocol – the IEEE 802.3cg standard (also referred as the 10Base-T1.

IEEE 802.3cg specifications call for two link-layer standards for both 10Base-T1S and 10Base-T1L. Both the short and long range standard support speeds up to 10Mbps using a single twisted pair.

The automotive industry was the first to adopt SPE technology due to the increasingly complex features being added to vehicles. Driven by the need to reduce the wire complexity and increase bandwidth in small spaces, SPE technology was the perfect solution.

Single Pair Ethernet is already replacing CAN and other bus systems in newer generations of automobiles and is the prerequisite for autonomous driving.

Single Pair Ethernet can now be used for condition-based monitoring applications which enables early detection and diagnosis of machine and system anomalies in real-time.

Data rate transmissions have been limited for years until SPE has made it possible in use cases such as video surveillance to dramatically increase data power.

Single Pair Ethernet is the Infrastructure for IIoT

The evolution of Industrial Ethernet in the market supports the theory of Single-Pair Ethernet being the backbone for Industrial Internet of Things (IIoT) applications.

Modern machines and systems have to perform complex tasks – so it’s necessary for manufacturers to have a strong data network system in place to provide a steady and consistent flow of information to and from their equipment, devices, and systems.

Having a strong communication network allows for smart devices to seamlessly provide reliable data to and from its source, helping engineering plant managers and field service technicians make real-time decisions.

Eric Leijtens, Global Product Manager of Industrial Communications at TE Connectivity says, “Single Pair Ethernet is the technology on which we will build the road to the future success of the IIoT.”

As technology is advancing, manufacturers all around the world are striving to stay ahead of competitors by revolutionizing their business strategies to meet initiatives around smart manufacturing, machine learning, and industrial factory automation.

LAPP supports the SPE Industrial Partner Network, which represents the standard T1 Industrial device interface defined by ISO and IEC, in accordance with IEC 63171-6 and SPE cables according to ISO/IEC 11801-X.

ETHERLINE® T1 FD P is a shielded AWG26 cable for Gigabit and used in cable chains.

LAPP is on their way to providing their customers a complete end-to-end SPE solution. Gain a competitive edge in the market by implementing an SPE infrastructure to get ahead of your Industry 4.0 and Smart Manufacturing goals. Reach out if you have questions on our single pair Ethernet offerings.

*LAPP TANNEHILL is a WHMA Supplier Member. The original post can be found on their website at https://www.lapptannehill.com/news/post/single-pair-ethernet-industrial-communication-future.